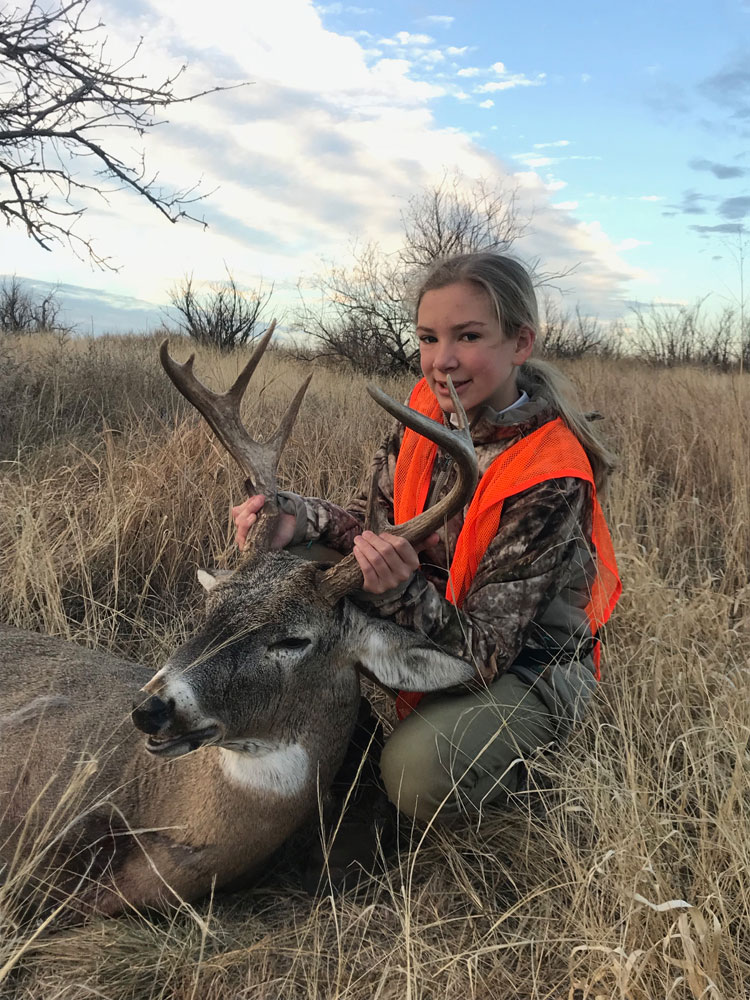 Hailey was born with focus

From a very early age she loved being outdoors with her dad.  She began making trips to the duck blind and deer stand when she was still small enough to ride in his back pack.  Although the conservation mindset was instilled in her early on, there was no need to enforce it! As Hailey became old enough to kill her first deer, she went several seasons of passing up mature does and smaller bucks in the search for the one she wanted.  She took this along with her in everything she did.  Her attention to detail and focus on her goal eventually led her to picking out the Kansas buck you see in the picture.  He was an old mature deer that had evaded even the most seasoned hunters that came to the ranch.  Hailey drew her Kansas tag and began to study him.  Looking at trail cam photos and spending hours in the field she was able to pattern and take her buck!  She now takes this drive and focus with her wherever she goes.  From her schoolwork to her involvement with the customers and the business Hailey works hard.  Her travels have also made her extremely valuable to the company and its customers when involving other children.  The ”been there done that” brings a sense of comfort and can lessen the angst when traveling with children.

Southern hospitality at its finest!

Hailey was born with focus

This kid is going places